Everything You Need to Know About Reversing ALS Naturally 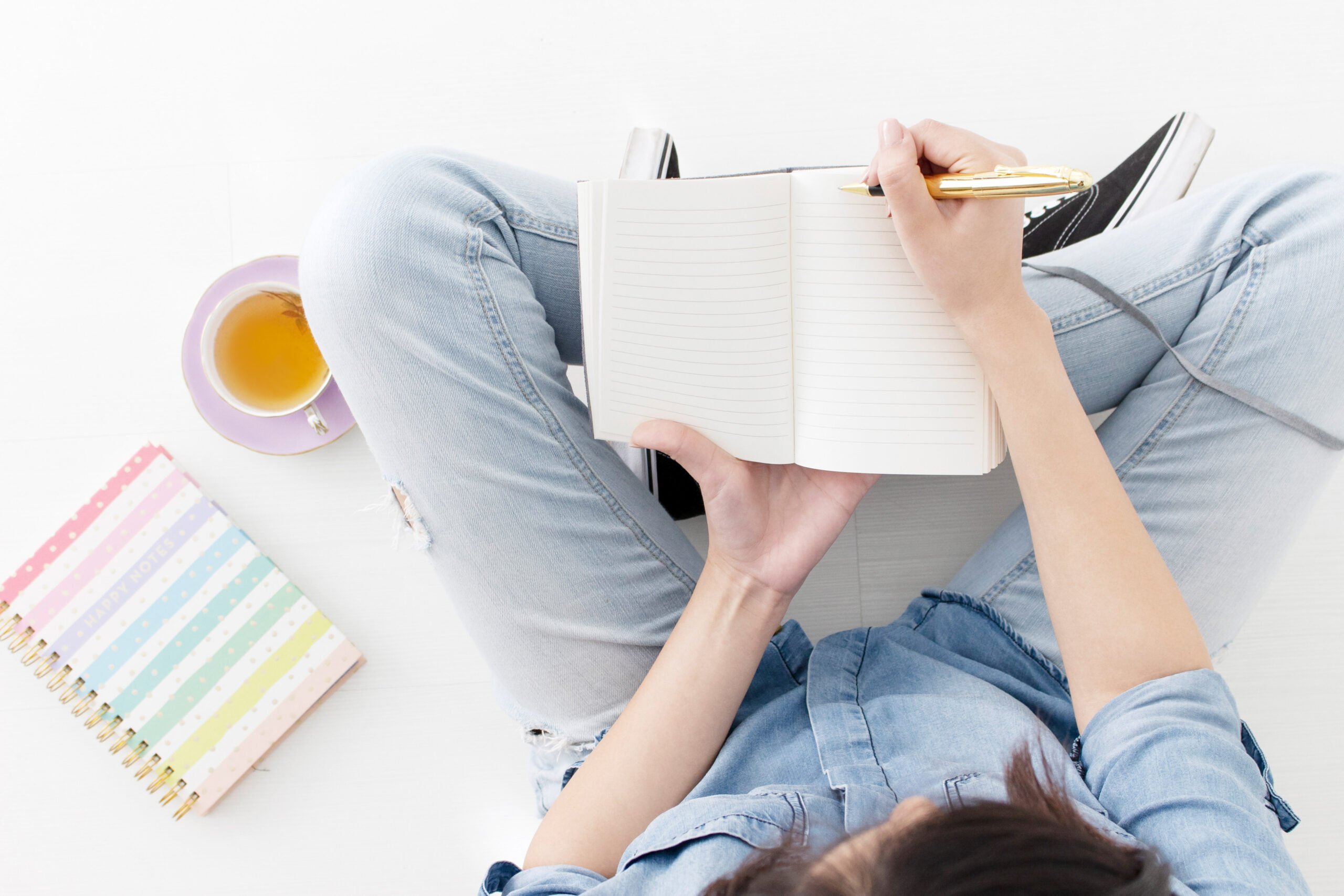 Inside: When diagnosed with a terminal disease, patients will turn to anything to fight for their life. Read on to find people who have claimed reversing ALS naturally is possible and the steps they took.

Before I start, I want to clarify that I’m making no claims that reversing ALS naturally is possible through alternative medicine. I’m only stating claims that I have found through my research.

When I first found out that I had the early signs of ALS in 2017, I grasped at any kind of hope and started searching for reversing ALS naturally.

This post is meant to add more information to what I’ve learned since first writing about reversing ALS naturally. For this reason, I will weave in and out of 2017 and 2020.

Ok, so now that we’ve gotten that out of the way, let’s go…

It’s July 2017 and I’ve been crying non-stop for days, since finding out that I have the early signs of ALS.

I’ve started investigating life insurance options, FMLA and which beneficiaries will receive what little I’ve saved in my 401k over the past 2.5 years.

I can’t do anything without  constantly fearing that I won’t be able to lift my foot when I take my next step.

But I have to snap out of it.

No matter how useless it feels to think about the future, I still have rent to pay and a job that requires my attention.

This is what I’ve found so far…

There is currently no cure for ALS.

There are only two FDA-approved drugs for ALS:

1. Riluzole (FDA-approved in 1995) – A glutamate-blocking drug that’s been shown to prolong life an average of 3 months and has weakness listed as its number one side effect.

It will take drug makers 22 years to find a medicine that prolongs life for longer than three months.

2. Radicava (FDA-approved in 2017) – A drug that scavenges for free radicals in the body and reduces the progression of weakness by up to 33 percent.

As the chances for any disease other than ALS begin to dwindle, my doctor will prescribe Riluzole in February 2019. I will get pregnant that April and discontinue use, never really knowing it it would have helped any.

The Phenomenon of Reversing ALS Naturally

For the majority of people, ALS is a terminal disease, but there are some documented cases of people who have claimed of reversing ALS naturally.

Dr. Rick Bedlack is the Director of the ALS Clinic at Duke University and has been searching for a cure to ALS for over 20 years. He specializes in studying cases of ALS where the progression has differed significantly from the average prognosis.

Dr. Bedlack is considered a heretic in the field of neurology and leads the group, ALSUntangled, “an organization with an international group of researchers that assesses crowd-sourced alternative and off-label treatments (AOTs), with the goal of helping people with ALS make more informed decisions about them.”

You can listen to the episode “The Reversal” from Reply All, where Dr. Bedlack discusses his findings and unique approach to finding ways to treat ALS naturally.

I will contact Dr. Bedlack in early 2019, before finding out I’m pregnant, and tell him about the abnormal progression of my disease. He will ask to see my medical records. One week later, I’ll find out I’m pregnant and  *try to* ignore all passing thoughts related to my health for the next year.

The doctor in the “About Me” section of Eric’s website claims that Eric was diagnosed in 1993 and lived with ALS for 14 years, before eventually passing away from a stroke. He goes on to say that by following a strict regimen, Eric was able to stop his disease progression and ultimately enjoy a great deal of improvement.

I bought this book nearly three years ago and put myself into debt by purchasing all of the recommended vitamins. Looking back, I didn’t notice all of the bold claims made on the website or the references to God. I was young, scared and a bit more naive than I am today.

I’m skeptical about statements made that don’t have a clear, scientific study cited. I believe that saying, “His theories and regimen were proven to be correct…” is false when there hasn’t actually been objective proof obtained.

But even though this website makes bold claims, I do believe that some of the theories hold their weight. He talks about the research done on mercury amalgams (which I post about here).

His outline references things that many people dealing with illness should consider, like detoxing heavy metals and using probiotics for gut health.

While obviously I have no idea if his claims are factual, I do honestly believe that his therapy outline could ameliorate some symptoms of ALS.

According to Dr. Ben Johnson, he experienced an ALS reversal three months after practicing The Healing Codes.

The Healing Code is a book by Dr. Alexander Loyd that claims, “Using a combination of psychology, medical science, energy medicine, and spiritual principles, Dr. Alex has developed dozens of methods that help people heal in minutes.”

I read this book, and it was abysmal. Basically, the theory claims that memories from your past are encoded into you subconscious mind in the form of pictures. Whether you realize it or not, these memories are causing you emotional pain that manifest themselves into physical illness.

The book is terribly written and tries to sell you on the “Healing Code” promise for far too long before actually getting to anything substantial. I was shocked, when after reading through 100+ pages, I realized that a healing code is just a way of holding your hands in front of your face and silently reciting affirmations to yourself.

Obviously, I have no idea if Dr. Johnson really ever had ALS or if he experienced spontaneous remission that had no connection to The Healing Code. In my opinion, Dr. Alexander Loyd seems like fanatical zealot who knows how to turn fear into an ATM.

Diagnosed with ALS in 1985, Nelda Buss published the book Can You Walk Yet? after experiencing a spontaneous remission of ALS.

I haven’t read the book, but you can listen to her story on the Reply All episode, “The Reversal.” After being told that she only had six weeks left to live,  Nelda claims to have healed after her energy sessions with healer, Dean Kraft.

I haven’t read her book nor have I been to an energy healer or know anything about energy healing, so I can’t really comment on my opinion on the efficacy of Nelda’s treatment. Whether energy healing is real or it’s another case of the placebo effect, it’s clear that wholeheartedly believing in something can prove advantageous for some.

Deanna Tedone was diagnosed in 2002 at the age of 30. Her father, an orthopedic surgeon, immediately began searching for cures to ALS. Through his research, her father created a protocol of vitamins and supplements that may help neurodegenerative diseases. To be clear, Deanna didn’t experience a spontaneous remission, just a dramatic slowing of symptoms.

After the Deanna Protocol® showed success in other ALS patients, the company Simplesa was founded. Simplesa offers a more cost effective and easier-to-take solution for the multitude of supplements required.

The Deanna Protocol® seems to be the least complex and most compelling. As someone that’s tried a lot of the alternative methods for healing, keeping up with the strict regimens usually requires life altering changes that aren’t realistic for most.

Furthermore, one clinical study found that “Targeting energy metabolism with metabolic therapy [The Deanna Protocol®] produces a therapeutic effect in ALS mice which may prolong survival and quality of life in ALS patients.“

I haven’t tried the The Deanna Protocol®, but I do find it interesting enough to give it a shot.

It’s clear that motor neuron diseases are a recondite form of neurology that leaves us asking many questions. While the average ALS prognosis is 3-5 years after diagnosis, there are a reported number of patients who see their symptoms suddenly dissipate.

I do think it’s interesting to note that not one of the patients above left their disease up to chance. All patients took matters into their own hands and found unique solutions to their problems. (However, it could also be that patients who experienced spontaneous healing through doing nothing aren’t the ones publicizing their health.)

Other than following a vaguely strict diet, I don’t engage in any alternative methods of healing. I suspect that these endeavors are even harder now that Covid requires people with compromised immune systems to stay home as much as possible.

As long as there’s no cure for ALS, patients will continue to try a vast range of options including alternative methods.

Are you someone who’s resorted to using alternative methods, because doctors didn’t have anything to help? What was your experience? Tell me in the comments below and share what you’ve learned.